In 1942, Olivia de Havilland had co-starred in her 6th movie with Errol Flynn titled “They Died With Their Boots On” and in “Gone with the Wind”. Shortly after the Errol Flynn movie was released, her cousin Geoffrey de Havilland visited Toronto and performed a flight demonstration of a Mosquito Bomber that had been produced at the family’s aircraft assembly plant in Downsview, just North of Toronto. His flight was observed by many Canadian politicians as well as the Canadian Ariel Pioneer, J.A.D. McCurdy, who had flown the Silver Dart at Baddeck Bay, Nova Scotia in 1909.

The plane was designed in England by de Havilland engineers and for a few years was the fastest airplane in World War ll. The design of the bomber differed from all other bombers in that it had no armament and was manufactured mainly of plywood with doped cotton fabric on the exterior wood surfaces. The de Havilland engineers originally designed the aircraft maximizing the use of wooden construction thus taking pressure off of the limited metal resources being used for most kinds of war fighting equipment. It was quickly realized, that the substantially reduced weight also made the airplane faster than any other aircraft in use in the war, by either the Allies or the Germans. War planes, in use at that time, flew at a speed in the 300 M.P.H. range, while the Mosquito could get up to close to 400 M.P.H.

Once production approval for the Mosquito was received in England, the de Havilland factory in Downsview was earmarked to become a major assembly facility. The factory had been producing Anson and Tiger Moth trainers. Thousands of Commonwealth pilots were being trained across Canada in the many training schools that had been opened since the start of the war. The Tiger Moths were used for elementary training and the Ansons for twin-engine training.

All across Canada sub-contractors were needed to manufacture parts for these aircraft and the demand for the new Mosquito Bomber became the priority of aircraft production at the fast growing massive assembly facility at Downsview north of Toronto.

The Dominion Plywood factory in Southampton had been in the wood processing business since 1906 and had extensive experience in the production of wood panels and in producing plywood components. Starting in 1940, they had been producing components for the Ansons and the Tiger Moths.

For the Mosquito Bomber, Dominion Plywoods was contracted to provide the doors, the window frames, molded items and plywood supplies. The workers in the Southampton factory included many wives of soldiers enlisted in the Canadian military, as well as many men not eligible for military duty due to age or other restrictive reasons. Being part of such an important project made the workers very proud of their contribution.

The first Canadian built test flight of a Mosquito Bomber was on September 9th of 1942 and the last of the 1,134 produced in Canada was in September of 1945.

During the War, the airplane had many exceptional accomplishments. In May 1944, two Mosquitos shattered the transatlantic speed record from Goose Bay Labrador to England in 6 hours and 46 minutes: besting the previous record by 2 hours and 10 minutes.

Pin point bombings in The Hague Netherlands and in Copenhagen Denmark targeted and destroyed the Gestapo Headquarters in both of those cities. Photo reconnaissance was a very important role for the Mosquito and they provided all of the Nazi military placement details on the Normandy Coast before the D Day invasion.

The Canadian Airforce 617 Squadron was famous for their Dam Busters raid. They along with the storied 418 Squadron were later supported by Mosquito’s in a number of their raids. The Mosquito’s role, with these two Squadrons, was to run interference and distract German gun installations before the giant and slower Lancasters brought in the heavy bombs.

At Amiens France the Mosquitoes performed a daring raid to bomb the prison walls freeing 100 French prisoners scheduled for execution. Close to 400 prisoners ran from the prison and more than 250 reached freedom. Page 2

Mosquito bombers participated in theatres of war throughout Europe and Africa and to the Far East as the war against Japan continued. They were heralded as one of the most outstanding aircraft of WWll.

Today, many children, grandchildren and great grandchildren of the dedicated Dominion Plywoods employees live in our community. They can be proud of the enormous contribution that their ancestors made by playing a role in the production of such a wonderful aircraft. It played a major part in the success of the Allied Forces to end the war in 1945.

At the end of the war Dominion Plywood’s produced a brochure marketing the role that they and their employees had played in producing components for the Mosquito.

The following is from that brochure.

Back in the early days of the war, when it was decided to build training planes in Canada, DOMINION PLYWOODS LIMITED was asked by the Government to take on the task of supplying all the plywood required, in view of the fact that we had made small amounts of aircraft plywood in peacetime.

Our entire facilities were immediately placed at the disposal of the Government. Our plant was rehabilitated—more technicians and skilled help secured—peacetime business was relegated to second place, and we produced most of the plywood required for all training planes made in Canada.

Later, the more important job of supplying the flat sheets and the moulded parts for the famous “Mosquito” plane was entrusted to us, and here again we have been recognized as the main scource of plywood supply for this World-Famous Aircraft.

We are rather proud of the fact that none of this war business was taken on a cost-plus basis (competitive prices were quoted) and no direct Government financial assistance has been asked for or accepted by Dominion Plywoods Limited. All equipment and extensions at our two plants have been financed entirely by ourselves.

Even as this brochure is published, we are still busily engaged, building aircraft plywood, but when our contracts are completed, we shall feel that the vast experience we have had, manufacturing plywood to war’s exacting specifications, should place us in a position where we will be recognized as one of the leading manufacturers of high grade plywood in this continent.

In 2010, the Calgary Mosquito Bomber Society set out to raise funds for the restoration of a Mosquito Bomber. They have successfully raised more than $1,500,000 for the project and the work is now underway at the Bomber Command Museum in Nanton, Alberta where a number of other Canadian Military Aircraft are housed.

On July 1, 2016, Olivia de Havilland celebrated her 100th birthday in Paris where she lived.

Some of the details included above are from “Mosquito! The Wooden Wonder Aircraft of World War ll” by Joe Holliday 1970 Doubleday Limited, Toronto Ontario.

Richard de Boer, President of the Calgary Mosquito Society provided technical information and helped in the edit of details.

Other info was viewed and taken from the Bruce County Historical Museum web site. 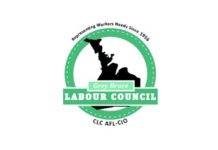 Capturing your Weather – March comes in like a Lion