The first day, Tuesday April 30th, began with an ‘Amazing Race’ throughout Southampton so that the students could get to know each other and also had the opportunity to take in some of the key sites in the community. the surroundings of the community.  In the afternoon, they took a trip to tour the Bruce Power Nuclear site and Visitors’ Centre and then it was back to the school for a pot-luck supper put on by the parents and a mini-Pow Wow.

While Wednesday May 1st was to have been a bus trip to Tobermory and a tour of the Grotto, plans got changed when Mother Nature didn’t cooperate and it was a day of downpouring rain.  That didn’t stop things however, as the plans changed and they went to Owen Sound for the day instead, where they had the chance to take in some bowling.

Day three was spent at Saugeen First Nation where games were played at the James Mason Centre along with learning to bead and taking part in some traditional activities.  The visiting students then had dinner with their host families and it was back to the hotel.

Friday was a big day, as the entire group of visiting and hosting students boarded the bus for Niagara Falls where they visited the Butterfly Conservatory and took the ‘White Water Walk behind the Falls.  From there they traveled to Toronto where they stayed overnight.

On the last day in Toronto, the group visited Ripley’s Aquarium, the Museum of Illusions and had lunch at the Old Spaghetti Factory and then it was time for the G. C. Huston students to return home.

Later this month, the G. C. Huston students will be on their way to Fort MacLeod to enjoy their hospitality of their visiting students to complete the exchange.

Students to return to in-person learning says Board Director

Take the Bruce County Museum home in a box

Many Bluewater students going back to the classroom 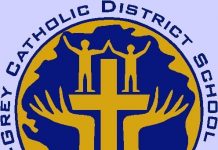 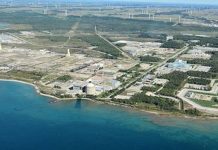 Pet(s) of the Week: Sibling Tuxedos