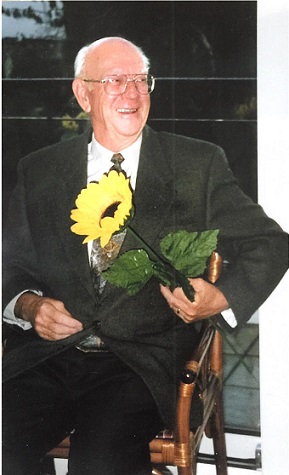 It is with deep sadness that we announce the passing of Dr. Donald David Mercer, in his 86th year at the Saugeen Memorial hospital. Don will be dearly missed by his beloved wife of 60 years, Sybil and their 2 children Barb (Bill) Nonnewitz and Jim (Laura) Mercer. Proud and loving Grandpa to Michael & Jody (Barb) and Patrick & Caitlin (Jim). Pre-deceased by son David, brother Robert and parents Elizabeth Sanderson Mercer & Harold Mercer of Markdale.

Don was born in 1933 in Markdale, went to Western University Medical school in London where he would meet a nurse (Sybil Barger) and they would be married Sept 19, 1959. Starting off in Port Arthur as a resident, and nurse where upon after 1 year the young couple came to Southampton to take over the practice of Dr Allan Matheson, raising their 3 children on High St in Southampton.

Between the years of 1970 and 1998, Dr Don would make weekly visits to the Saugeen First Nation Health office. He often made house calls to many a folk who would call on him when not well. Every Christmas day the family would go to the hospital for visits with the patients who were not able to be at home with their families. Serving as coroner for a 10 year period, he was also Mayor of Southampton for 2 years and on the town council for 3 years. During this busy time the Nursing home was built, the Beach House Washroom and the Riverside apartments were also built.

In 1978 after 38 years as one of the few town Drs, it was time to retire. No more baby deliveries which was by far one of the best parts of being a Dr seeing all those young children growing up around town. 1978, the Mercers would relocate homes to Shore Rd in Southampton. When not doing Dr duties, Don could be found fishing, golfing, then on the ski hill joining or watching his children in ski races, including his grandchildren until 2010! In retirement Don found time for a hobby with wood turning, producing some beautiful bowls and other pieces, then wood carving caricatures (a few of close friends – how fun was that!!)

Cremation has taken place, the family is planning a private ceremony. As expressions of sympathy, donations to the Southampton Hospital Foundation would be appreciated.

New Perspectives: A Senior Moment – “ONLY A GREETER?” 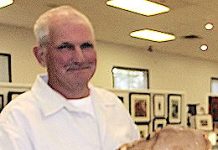 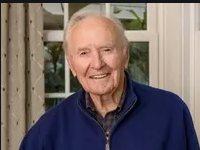