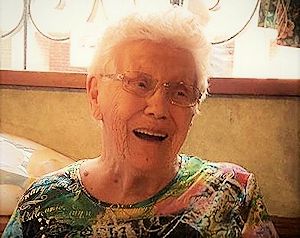 AITKEN KORREY, Kathleen Anne (Kay)
It is with great sadness that we say goodbye to a mom, grandmother, great grandmother and big sister. She departed this world on Nov. 6, 2018 at the Juravinski Hospital, Hamilton, in her 94th year.
In 1974, mom and dad moved from Hamilton to Port Elgin as permanent, not just summer, residents. Kay worked at Port Elgin-Saugeen Central School and after hours she coached swimming. She played golf, not great, but always had fun, at Saugeen Golf Course.  She was also very active with the Royal Canadian Legion Branch 340 as a member and president of the Ladies Auxiliary.  After our Dad’s death she met and married James Korrey and moved to his home in Sault St. Marie. In 2016, Kay and Jim moved back to Hamilton but her heart was always in Port Elgin.  Kay is survived by her husband James, son Bob (Chris), daughter Kathi and daughter-in-law Bette; grandchildren Paul (Patti), Karen and Jeff; great grandchildren Matthew, Joshua and Jonathon and sister Isabelle Salisbury (the late Bill). Kay was predeceased by her father Robert and mother Ethel, husband George and sons Gary and Rick, brother Alex Jackson (Ethel), sisters Margaret Jackson and Dorothy Carnahan (Tom) and nephew David Salisbury (Deborah).
Cremation has taken place. A Celebration of Life will be held in May in Port Elgin.
Donations can be made to the Lions Foundation of Canada Dog Guides https://www.dogguides.com/donate.html or the Hawkins-Gignac Foundation http://www.endthesilence.ca/ 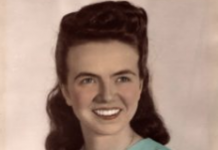 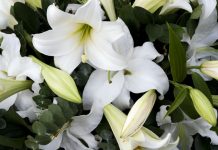 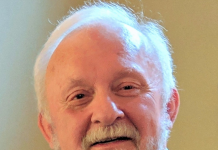 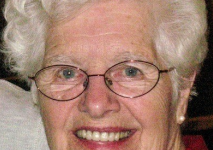 Survey going out to South Bruce residents for public input